The ICAO ACVFG is composed of victims and associations from Spain, Italy, Pakistan, Germany, the United States, Brazil, France, Poland and other

On the occasion of the ICAO High-Level Safety Conference, HLSC 2015, Provisional Chairwoman of the Air Crash Victims Families Group, ACVFG, Pilar Vera Palmés, was invited to intervene, participating in the Side Event “Current Initiatives to Assist Accident Victims and their Families“.

The problems shared by victims in any country of the world can be summed up thus: inefficient administrations, foot-dragging by the airlines, indifference on the part of industry, and rapacious insurance companies.

She urged the aviation community to allow voices of victims are heard in ICAO and other international bodies. She announced that victims wished to create an umbrella organization. Also, they would invite other associations to join them. 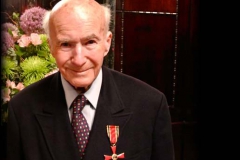