ACVFFI`s Delegation was formed by three persons: ACVFFI’s Chairwoman, Pilar Vera (AVJK5022‘s President) and Agueda Rueda (relative of passenger AH5017) and Junaid Hamid (ACAA‘s President from Pakistan). They participated in the 39th ICAO General Assembly held in Montreal from September 27 to October 7. It was the first time in the history of this UN Agency, which Federation of Victims attends as an observer recognised by its Council on 02/29/2016.

Each documents address an unique item:

Mrs. Vera presented and defended three documents, through three speeches to the Executive Committee and Technical Commission. Fortunately, all documents were approved and forwarded to ICAO Council.

On the other hand, there have also been intense contacts with those responsible for a large majority of countries attending Assembly, as well as International Organisations, whose results we expect to see in the coming months.

ACVFFI has a very positive balance: an historic participation in ICAO General Assembly, the heart of the international community charged with developing standards of civil aviation. 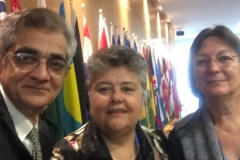 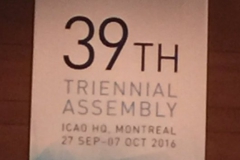 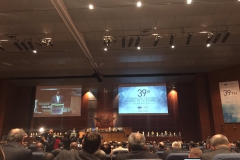 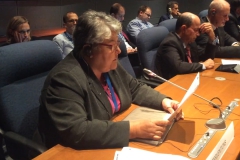 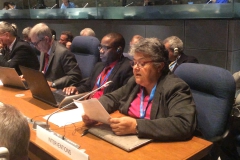